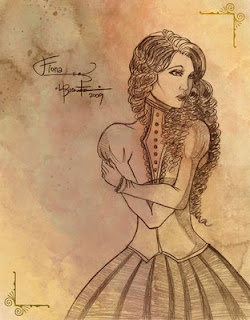 Here is a beautiful picture of Fiona by Liezl Buenaventura. This really captures Fiona's delicate loveliness and fragility. Thanks, Lizz!
Posted by 'gina at 8:55 AM No comments: