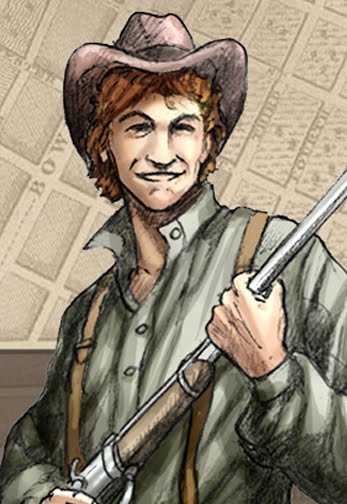 My wife is going into labor! I don't know what to do! We live all the way out here in the country, and only have this internet connection, and I don't know anything about doctoring or being a father! Your advice would be greatly appreciated!

Jaysus, lad! Don’t panic! The first thing you have to remember is not to panic. See, I know this because back in the Points, we all lived in a crowded building with paper-thin walls, so if anyone was in the family way, everyone within earshot knew about it. And the one thing I kept hearing was “don’t panic!”

The other thing I kept hearing was orders for the lads to boil water. I’m not sure what that was for, but I suspect it was to keep them busy so they had something other to do than panic.

Having said that, me boyo, I should probably go ahead and tell you that you have every reason to panic. I’m a bachelor, so I am, and me ma’s been long done with that sort of thing. So if it's sodding terrible advice you need, then you've come to the right place. I’ve heard a hell of a lot of panicking through the walls in me life. But since it’s just you and your lass, you can’t do that. So don’t. So keep things as clean as you can, hold your lass’s hand, and hope for the best. If all goes well, you’re going to end up with a baby whether you do or you don’t, so you might as well spare yourself the trouble.

Near as I can tell, that’s the easy part. The hard part is what comes next, where you have to be a da. The stuff you have to do and know to be a da are a lot harder to get right. Your wee bairn will think you keep the sun and the moon and the stars in the sky, and just for them. And in a way, he or she will be right.

Working on Book 2 and the Cover for Book 3

This week I'm working very, very hard on getting the final edits of the first proof copy of Book 2: Lynch's Boys done. It's slow, grueling, tedious work, and I decided not to take my mind off it to do a chapter post this week. My kid came down with what I think might have been a flu of some sort earlier in the week and it just blew any extra time I had parceled out because she wasn't in school the last couple days and up until today. And I had quite a bit of anxiety over how sick she seemed.

She's a lot better now, thank goodness. But I'm behind a bit.

So Jim suggested I share the cover progress for Book 3 with you. Great plan! 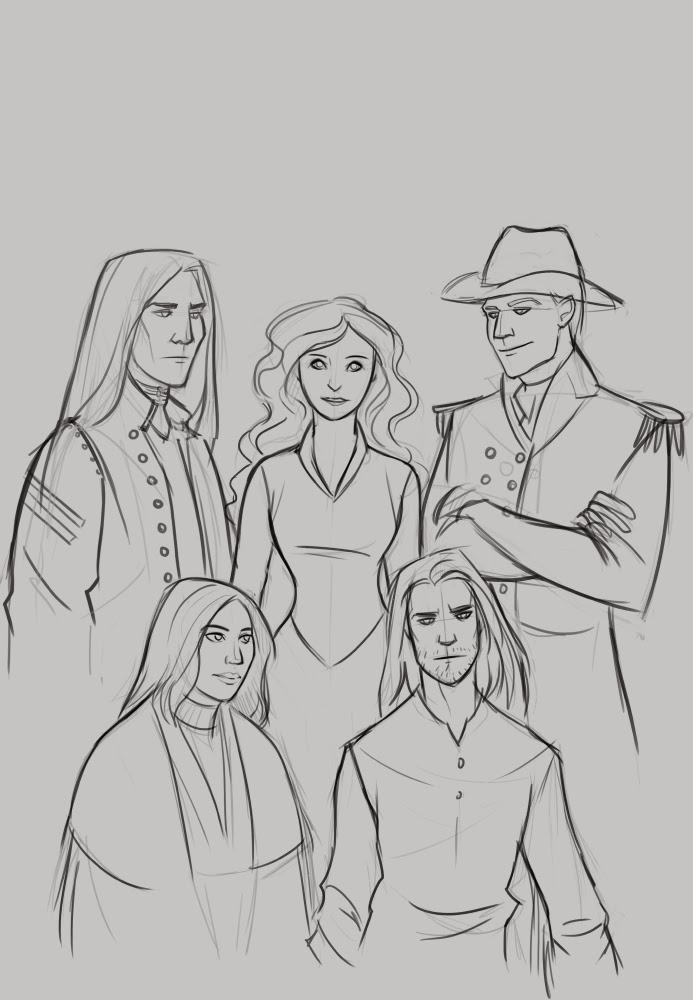 The incredible Angela Taratuta is once again doing the cover. Ordinarily, she would sketch out a very, very basic sketch just showing layout, with rudimentary figures representing where the characters would go, but since she's done two other similar covers, there was no need for that step. So she went straight to the characters. My normal MO for this sort of thing would be to have her do individual character treatments first, but three of these characters, she's already painted. And she's so good at it I don't feel like I need to have her go through the motions of interpreting the other two. I trust her at this point. 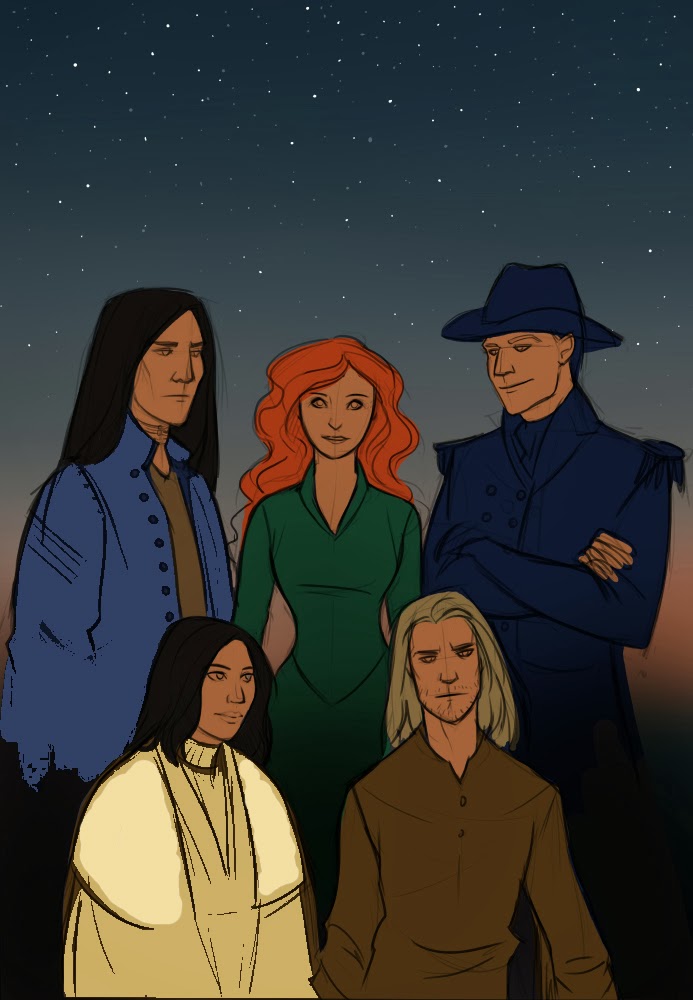 Anyways, once we agree on the overall look, she lays down a little basic color scheme. Storm and Scarcliff had jackets in the same color blue, and Still Water Woman and Jesse were wearing the same shade of buckskin. I didn't anticipate how "matching" everyone would look, so I tweaked the colors in Photoshop to show my suggestions.

I'm thinking let's fade Storm's jacket a bit (he's wearing a cast-off) and tweak the colors in Still Water Woman's clothing to mix it up a bit.

Once we all agree on the colors, Angela goes in and works her magic.

We decided to go with a starry sky this time, just to see how it would look. Interested in seeing this whole thing was some paint on it.


Speaking of artwork, I started a Pinterest board at the suggestion of Melissa Zayas (Three of Swords) to keep easily accessible reference shots in. People send me suggestions all the time, so it makes an easy place to keep them handy and together. If you want to poke around in our reference photos, feel free: http://www.pinterest.com/paintedwheel/

I'll keep you all posted on the book progress. I think we're in the home stretch. Have a good week!