Help Me Out Here 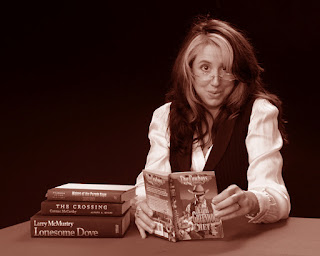 Howdy, all. I have to send Diego some specs for the cover to the second book.*  I am thinking this book should have Wash, Jesse, Tommy, Luis, and Rosie on it.  It has been my experience that every now and then you all send me the name of someone and say "This person would make an excellent so-and-so." And I'm usually left openmouthed and saying "where were you when I was sending stuff to Diego?"

So, here's your big chance. I'm not going to completely re-tool the characters, as I'm pretty happy with his take on them. However, some of these characters I really did have a tough time coming up with models for. For instance, none of the models I used for Wash were particularly Irish. And as you can see from the first cover, the paintings Diego does are pretty detailed. So I'd like to beef up some of the model examples I send him.

I'm not particularly good at this, being sort of clueless when it comes to pop culture and such. So it's hard for me to come up with faces for Diego to use as models.

Any suggestions? I could really use them. Let's make a sort of game out of it. Who would you cast for "Five Dollar Mail: The Movie"? They do not have to be current or even alive. I'm looking for pictures to send and artist. Their current box office draw is irrelevant. (We had a party once, drank too many mojitos, and proceeded to cast ourselves in a movie. It was fun. And sad. Man, are our egos out of control. )

*I may have mentioned elsewhere on the site that I'll be putting out a second book right on the heels of the first. So, to bring you all up to speed, I have way too much content for just one book. It would be cumbersome and cost prohibitive to do it all in one big toe stubber. So to keep production costs down (and ultimately reader costs), we're going to do two cheaper books. Evidently, if you go over a certain page count, things start getting disproportionately more expensive. So we're planning on timing it in such a way that we can divvy it up into two sections of roughly a hundred chapters each. There's already talk of doing a third right after that, to tie it up into a nice neat trilogy. And I'm not going to tell you who will be on the cover of that one.