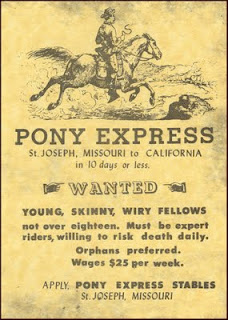 Howdy! If you are a new reader and just joining us, I have migrated most of this story over to Wattpad. Now that the book series is published (Book 3 is in the pre-release stages right now, so it will be out by the end of this summer (2016), sending traffic over to Wattpad is making it easier for me to reach current and potential readers.

I absolutely can still be reached on this site. All comments go straight into my inbox, and I will still be responding to them.

I will be removing parts of the story from this site, as earlier announced. Again, I really would like to encourage traffic over on Wattpad. The artwork, extras, fan contributions, etc. will remain here.

Nobody knew what she looked like, but they all had opinions. And Saint had been hearing them, over and over, for the better part of the evening. Blathering on like idiots about the newly hired housekeeper. He ignored them as best he could, turned up the lantern wick, and tried to read his threadbare hardback. No use. The chattering voices flying around the warm dimness of the bunkhouse buffeted his concentration like a dust devil kicking up in his face.

Saint sighed and shook his head, half in amusement and half in exasperation. He genuinely liked the men and boys he shared the bunkhouse with, but he had to admit to himself a little peace and quiet would have been nice on occasion. Since the Company had hired a bunch of very young men to man the brand new Pony Express mail service, the bunkhouse had gotten a bit more crowded and a lot more noisy. With the new additions, Saint and Wash were the oldest men the bunkhouse now. Still, sharing quarters with a pack of youthful, noisy mates was not anything new to him- coming from a large family, he had quite a few siblings back east.

“She even has a pretty name. Lily. I bet she’s blonde.” Tommy offered wistfully. The young, brown-haired Pony Express rider lay staring dreamily into the dim shadows above his bunk, no doubt seeing some statuesque Nordic goddess hovering in the rough-hewn rafters. “Jesse’s blond, and she’s his sister, you know. I bet she has hair like his. Only clean.”

“Nah.” Wash snorted in his light Irish lilt, sitting on the edge of the bunk beneath Tommy’s, and rubbing grease into the seams of his worn work boots. “Nah, she ain’t blonde. I’m bettin’ she’s got black hair, dark, like secrets and magic. And bonny blue eyes.” He held up his hands, one with the greasy rag in it and the other wearing the boot and outlined the dream girl’s form in the air with exaggerated curves.

Tommy smiled happily. “Well, I don’t really care, long as she can cook…”

Lights-the-Storm Peltier rolled over in his bunk and stared across at Tommy, his black eyes popping open in an exasperated snap. His long fall of blue-black hair draped across his face like a shroud, and he apparently didn’t see fit to brush it aside. “That’s the first intelligent thing either of you’ve said all night.” He mumbled through it’s sheltering darkness. “Will you two shut up already?”

“Ha.” Tommy’s hazel eyes gleamed with merriment at his bunkmate. “Listen to you. You aren’t fooling anybody. You’re just as curious as the rest of us. Admit it.”

Lights-the-Storm’s direct gaze and sharp cheekbones gave him an air of seriousness and authority that the younger riders respected…usually. Tonight, however, his eyes were dulled with exhaustion and annoyance. He glared at Tommy, clearly wishing the boy would go to sleep.
“Go on. You’ll feel a lot better.” Tommy dug.

“Go to sleep.” Lights-the-Storm shushed him, closing his eyes. “We have work tomorrow.” He blew out his candle and fell silent. Saint hoped the rest of the riders would follow suit.

“So. Saint Peter.” Tommy continued, ignoring Peltier and focusing his attention where it was nearly as unwelcome.

Saint sighed, dragged into the conversation against his will. Tommy is a lot like a cat, he thought silently. Always wanting to sit in the lap of the least willing person available. He reluctantly peered over the top of his book and fixed the young express rider with what he hoped was a dark, forboding glare.

The boy continued, obliviously, “What do you think she’s like?”

Well, so much for that tactic. The rangy stagecoach driver blinked his eyes before tucking them firmly back into his book.

“C’mon, Saint. Aren’t you Eye-talians supposed to be experts on women and such?”

“Hell, Tommy, I don’t know.” He finally growled, his northeastern accent curling heavily around his words. “I hear she’s got six nipples. Alright? And teeth under her skirts. How ‘bout that?”

Lights-the-Storm snorted in disgust. “Oh, that’s a hell of a thing to say.”

Wash put down his boot and picked up the other one. “Miss Lily McMillain might as well have teeth under her skirts, eh, lad?” He laughed. “The lot of you should’ve heard the threats and oaths Jesse warned Saint with before he went on his mail run. ‘Don’t mess with my sister. I’ll kill ya if ya mess with my sister.’ It was almost funny, it was.”

“He sounded like Old Man Lynch warning us off Fiona.” Saint smirked, remembering his boss’s tirade. “First day on the job, we have to hear the boss going on and on with ‘ My niece is the housekeeper here and I’ll kill the first one of you sumbitches that messes with her. Blah blah blah. Geez, you’d think we were in the House of the Vestal Virgins or something.”

“It would be great if she was about Fiona’s age, too...” Tommy mused, ignoring him. “Or even younger! What if she was my age?”

“I am up before dawn tomorrow.” Storm snapped, swinging his legs down out of his bunk and dragging a pair of pants after him. “I am just going to ask Luis, alright? He was here when she showed up. He needs to turn in anyway, and maybe then you’ll all shut up and let me sleep.”
He shrugged into his trousers and shuffled out the door, muttering.